The origins of the Casa de Colón Sevilla

The origins of the Casa became lost in the 18th Century. The rambling house with its central patio was restored in the 19th Century with tiles from Triana de Mensaque 1886 and you can see its obvious Italian design influences in the blue stained glass glazing typical of the commercial properties at the time.

At the start of the 20th Century it passed into the hands of the de la Torre family, who lived there and established a Patents Office in 1931. This led to the extension of the original house, adding another floor as the family and commercial activity grew, whilst keeping true to the original facade.

The Pazos family took over the house in 2012, and took two years to fully restore and reform the building, ensuring they preserved every original feature with loving care.

Apart from the original 19th Century tiling and the aforementioned blue stained glass glazing, the building boasts architectural features such as grey and black marble floors on the first floor as well as decorative encaustic cement tiling in some rooms and original wooden latticework in the ground floor rooms.

At the present time, number 3 Hernando Colón Street is home to the Casa de Colón Hotel, a family-run hotel of 17 unique rooms for you to enjoy and to feel part of the true atmosphere of Seville during your stay in the city. 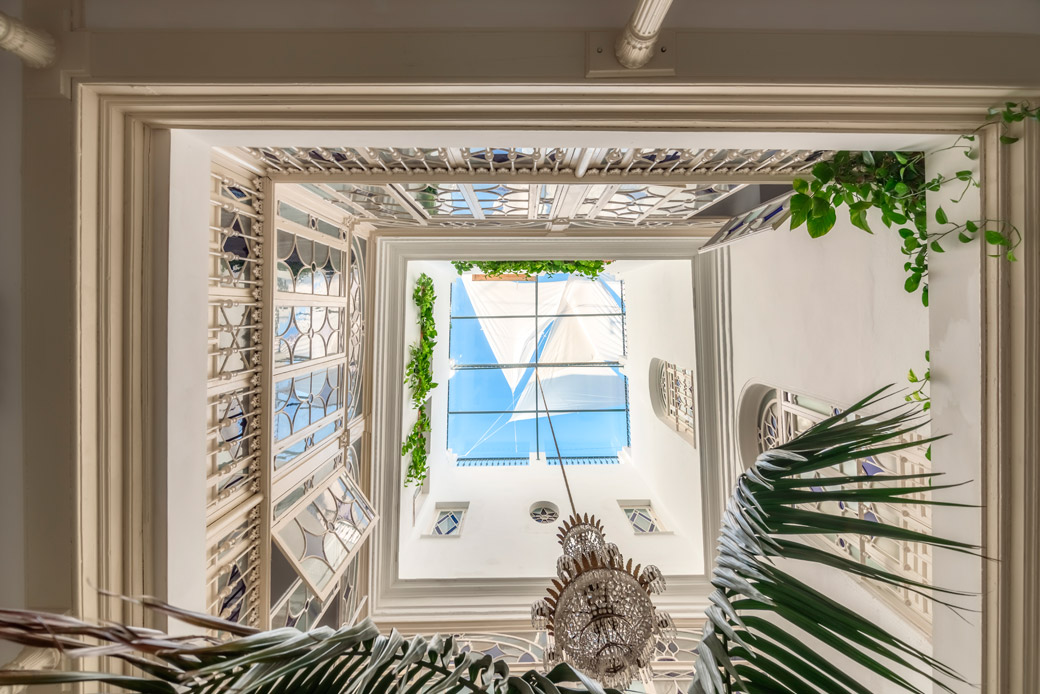